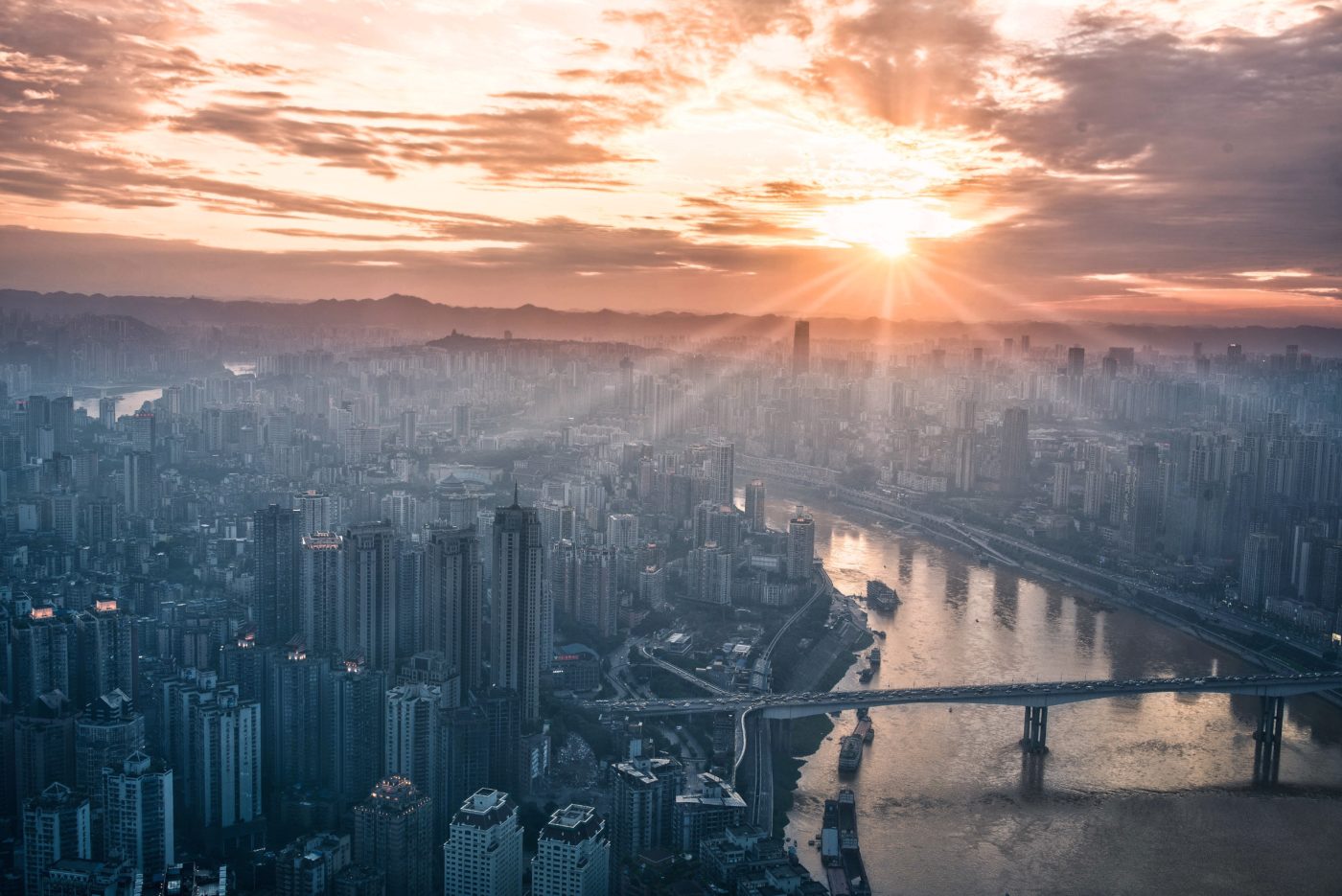 Like any emerging technology, bots and apps for messaging have been closely following the famous hype cycle chart from Gartner: 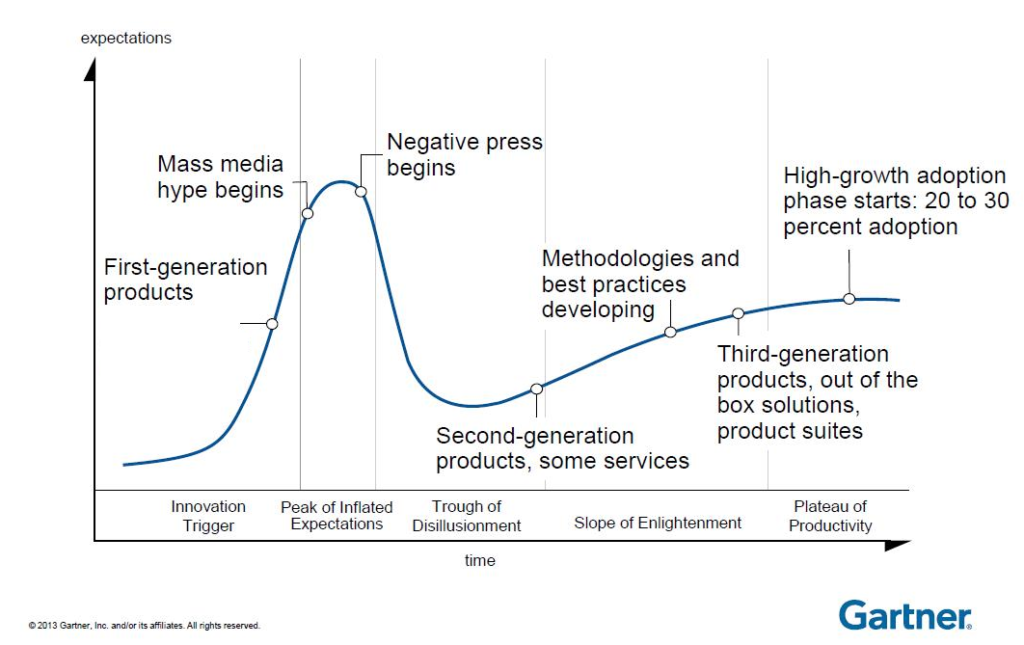 I think it’s fair to say we are now past the “Peak of inflated expectations”, especially in enterprise. The industry has awakened from the dream of building fully conversational bots able to understand and interact with humans like humans, in every possible context and use case. User Interface (UI) elements like buttons and menus have been added to messaging platforms to facilitate human to bot conversations. Business application developers have almost without exception compromised, using bots for simple workflows and relying on external web, desktop or mobile applications to implement all of the remaining workflows.

At the very beginning of the hype cycle, we made two fundamentally contrarian product decisions for Kyber:

Even back then, the first decision looked “obvious” to me when I analyzed our specific use case — people talk to each other to assign a task, not to a bot. That paid off.
The second decision was a much trickier one. It was highly dependent on Slack adding the right capabilities to its platform and ultimately from user adoption.

Today there is still tons to do from a platform perspective, but considering that Slack started with rudimentary /commands and now we have bots, buttons, menus, dialogs, it’s fair to say we are moving in the right direction.

So what about users, the ultimate decision makers that push an emerging technology up toward that final phase of the hype cycle or down into oblivion? Do they care about Slack apps? Do they need just a plugin in Slack to an external app or they desire a native experience fully contained inside Slack?

Over the past two years, I’ve spoken with over 1500 business users about their needs and their expectations from Slack apps. Here’s what I’ve learned.

Slack is the New Operating System for Work – For Real

Very simply, the vast majority of the businesses I talked to don’t like the hassle of using a lot of different apps. For them, each piece of software requires not only upfront monetary investment, but also costly investments of time for installation, setup, and management—not to mention the time it takes employees to learn a new tool. Add to that the fact that different departments often use different apps to accomplish the same thing (project management, for example). That creates barriers to collaboration in their own organizations.

What I’ve found fascinating is that company leaders now see an opportunity to unify their workforce around a central communication hub — Slack. To quote a user:

“Slack is the common denominator of our work. That’s where everyone and everything meet.”

Originally, that claim may have sounded like marketing fluff from Slack, but more and more, it’s becoming the reality.

Individuals and companies alike described Slack to me as the “new operating system for work” — and as with any operating system (OS), they want more software that works inside that OS. The case for native Slack apps starts with this fact: more companies are beginning to rely on Slack as their central hub for both communication and business management.

The Difference Between Plugin and Native Tools

When it comes to software that works on this Slack operating system, there are two main variations. On the one hand, there are “extensions” or “plugins” that integrate within the Slack interface but draw most of their functionality from external software.

For example, project management apps available on Slack App Store commonly allow you to add new tasks from Slack or notify you if a task is assigned to you. However, the key functionality still lives on an external web, desktop or mobile app — you have to go to that dashboard to actually use that data. 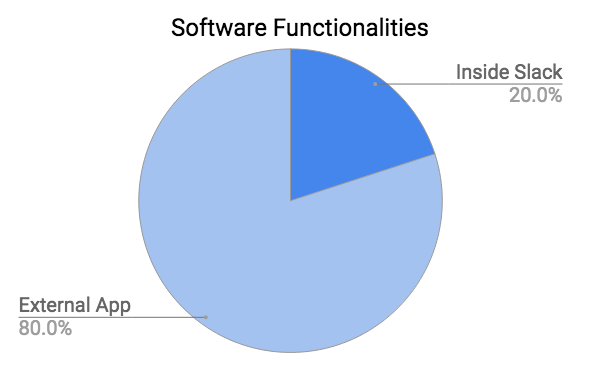 On the other hand, a native Slack app like Kyber works completely within Slack’s interface. Tasks, functions, workflows, notifications, reports, history—it’s all available to you inside Slack. For example, with Kyber, you can assign with a few keystrokes a task to a coworker, which will then be added to a task list that they access inside Slack. From there, they will be able to plan the task, add files and comments, and finally complete it without ever leaving Slack. 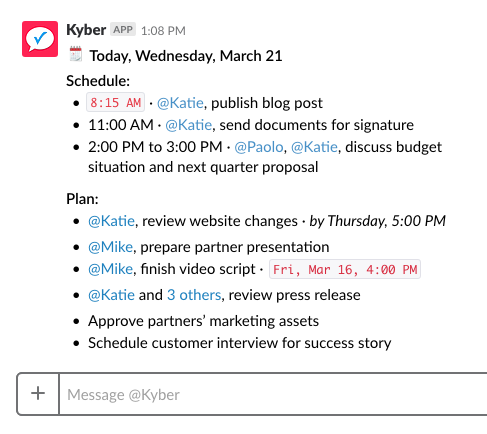 When I talk to Slack users, I always ask which type of app experience they prefer, before describing Kyber — It’s a very insightful question. For software they already use outside Slack, they absolutely enjoy the convenience of Slack “plugins”: for example to get notified about activities on that external app or to complete certain basic workflows without leaving Slack. A common complain though is that such plugins look often like “afterthoughts” and rarely improved as the vendor focus remains on the original external app.

But when it comes to evaluate a new solution, they are almost unanimously prefer the idea of fully native apps that do not require involving an external app. Many believe that a native messaging experience can solve problems in ways current business apps fail to. One of the key reasons for this is the pure efficiency of the native Slack experience.

The Efficiency of a Native Slack Experience

What makes a native Slack experience stand out to these interviewed users? The short answer is that the native experience allows them to cut out the middleman. Many current business apps exist simply to record the results of conversations that are already happening on Slack. So why not leverage Slack — the app they already used the most? Why switch software programs simply to recreate the same content?

Let’s continue with the task management example. You have a discussion on Slack. Screenshots are uploaded, documents are shared for review, comments are made, and an action item is ultimately determined. With an external task management tool, you’d then have to manually record all of this — recreating the knowledge, context, and thought process. Often teams end up skipping this step entirely because it’s so cumbersome, which leads to incomplete records and faulty project management.

Kyber instead leverages the existing Slack content and context, then adds its own metadata to enrich the basic messaging experience. For example, the messages relevant to your project are turned into a list of tasks, added to the appropriate channel, and the records are made automatically accessible to the people in that channel. Each task is linked back to the original Slack conversation that generated it and is searchable on Slack like any other content.

Users also tell me that native apps save a significant amount of deployment and management time. This is because they leverage the Slack business graph. Native apps automatically inherit from Slack the same user namespace, organizational structure, access rules and policies — and any future changes to those. Moreover, once the app is installed on Slack, it becomes automatically available to every employees, immediately, without the need to provision each and every user accounts as Slack credential are used. The simplicity and efficiency of this model have been a huge selling point for users, especially those in bigger organizations: here is where practically Slack platform becomes the common denominator of all the business apps.

But it’s not efficiency alone that leads to the preference for native apps — usability also plays a big part.

Most current business applications have been designed to be systems of record. Their focus is on efficient and reliable data storage and management — not on the people who need to use the data. And while user interface and experience have been improving over the years, these systems are still fundamentally designed around the way computers internally record information. These systems present rigid user interfaces, with the forms, menus, and data inputs needed to easily match the internal data structures of the software.

Humans have had to learn to speak the language of computers, translating information from the conversational, contextual way we understand it to the isolated, quantitative data that computers can process. These systems can be challenging for employees to integrate into their natural workflows, which often leads to frustratingly low adoption rates for a new piece of business software.

On the flip side, systems designed to facilitate human engagement are widely adopted because they digitally recreate communication, the most natural human workflow. This is why people were excited when bots first entered the scene: conversational interfaces powered by Natural Language Processing provide a major advantage — humans can now speak in their own language and machines will understand them. The future of many business apps will depend on their ability to insert themselves into these new engaging, human-oriented systems. The conversational approach is more intuitive, easier to learn, and fits seamlessly into employee workflows, which results in far superior technology adoption rates.

Native Slack apps are bridging the gap between these two types of systems, finding new ways to ensure that the system of engagement is also a reliable system of record. For example, via Slack and Kyber, you can create a task record through a warm, human message: “@katie, send contract to client by 5:30 PM.”

This offers the best of both worlds. Information is requested in a way that’s natural and quick for the person asking, but the task is then parsed by machine intelligence and automatically added to Katie’s personal task list, with all relevant details and deadlines. Katie won’t have to waste time adding her boss’s Slack request to her task management tool and will be reminded before the deadline.

a user once told me  — probably one of the quotes that best summarizes the powerful nature of this new wave of business apps.

By making technology seamless and invisible, you place the emphasis on simple human communication. The message is the atomic unit from where extract and record key information that’s then accessible to your whole workforce, without the need for complex user interfaces. This dramatically increases adoption rates for the technology, which in turn improves company-wide communication and productivity.

A New Way of Doing Business

As Slack and the conversational technology that drives it continue to evolve, the expectations of users are evolving. Instead of being forced to think and perform like computers—which keeps many employees from using their human strengths — users are demanding that we teach computers how to better understand and enhance natural human workflows.

Work still needs to be done by both platforms and developers to fully achieve this vision of a seamless, language-driven user experience. But the framework is already here and is already providing good returns to those who adopt native business management tools into their Slack workflows.

Want to see a native Slack app in action? Add Kyber to Slack today and experience the difference for yourself.