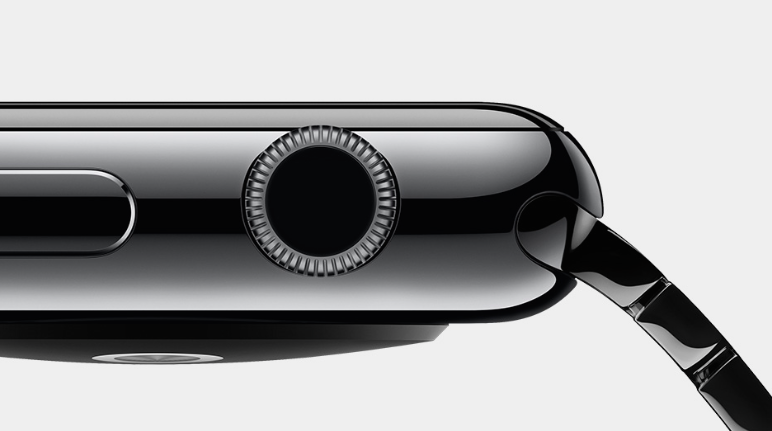 The Apple Watch heralds the beginning of a new generation of computing, a very important one that will make technology even more pervasive and yet more “invisible”. That’s the ultimate dream of Apple, as per Jonathan Ive, SVP, Design:

We believe technology is at its best, at its most empowering when it simply disappears.
Jonathan Ive

The Apple Watch’s form factor, its prominent and intimate placement on our body, its purpose, will force product designers to come up with a completely new way for technology to interact with humans. A major paradigm shift will have to happen, and it will influence also how “regular” mobile apps are designed. And to be clear, maybe the Watch will not be the winning form factor of this new generation of computing, but that’s not the point: the Watch is just the next step of a journey that Apple started few years ago to redefine the UI to make it simpler and more minimalistic at each iteration, until it disappears. To understand the significance, it is helpful to understand the journey so far.

The journey to simplicity

The first time that Apple redefined the way software products were designed and presented to consumers was with the Macintosh, with its user-friendly graphical user interface and mouse interaction: a new, more personal, computing era started.

The iPhone was the next step into this journey to bring technology to the masses, this time heavily relying on developers. Since the beginning Apple set new design rules and forced physical constraints (e.g. small screens) that pushed thousands of developers to bring a new generation of software products – mobile “apps” – that presented two new fundamental characteristics: beauty and, more importantly, extreme simplicity. With such constraints Apple urged designers to remove unnecessary features, unnecessary buttons, unnecessary steps.

Before the iPhone, software was created without worrying too much about usability. Developers assumed that their users – scientists, technologists and geeks – would be able to figure out how to use it. The introduction of commercial desktop operating systems expanded the target audience a little, but still limited it to a technology savvy population. The iPhone by contrast made everyone comfortable with using software through the ease of tapping icons with one’s finger and consistent app design framework. This concept of simplicity driving usability was a fundamental reason of the rebirth of Apple, now touching the lives of billions.

The Watch is now going to be yet another step in this process to make technology even simpler to use, almost disappear and, as a result, more empowering.

Designing for the Watch

The Watch screen is incredibly tiny, the physical buttons have minimal functionalities, Apple limits again the capabilities that developers can exploit. “It can’t do that much! Watch apps are just extensions of iPhone apps! How can it be useful?” That’s exactly what makes this product remarkably interesting. Restrictions, limitations, difficulties are what historically sparkled creativity. As designers of new products we will be forced to come up with new ways to interact with our users, ways where the user interface, guess what, disappears and the products need to be stripped down even more to only what is really useful to consumers.

But so, what will it be like designing for this new era of computing? In my view, product designers should focus on the following three key principles.

1. Exploit voice as the input interface

One of the best move that Mr. Jobs did during this journey was to acquire Siri, the virtual assistant. I still remember seeing an early interview of the Siri team pre-launching the product and being immediately fascinated by it: it was clear that was going to be a game changer technology, the one that would have helped make many UIs disappear. The impact of Siri was not fully understood at the time though and considered a gimmick for a while. Now it feels more obvious that such acquisition must have been made with something like the Watch in mind or more in general with the idea to remove unnecessary UI layers between the humans and the machines.

The main elements of Siri, voice control and natural language processing, are absolutely critical for these next generation apps. I’ve owned a smart watch since 2012 when the first devices started to appear on the market. Among the many, I picked during its Kickstarter campaign the Martian Watch, for a very simple reason: it was the only one at that time with a microphone that would allow me to use Siri as my new interface. For example, I could use the watch to send a text message while doing something else: instead of having to pull out the phone, unlock it with a passcode, find the app, open it, picking the recipient, typing, sending I’d simply say to Siri through my watch:

Remember the goal of removing unnecessary steps? How many did I remove in this simple example, while still keep doing what I was doing?

When I designed Kyber, I really wanted to be as integrate as possible with Siri, to be ready for this new type of world: for example, already today you can create calendar events in Kyber via Siri, without even opening the app exactly like it will happen from the Watch. It’s not a gimmick at all: it’s much faster to schedule a meeting this way than entering the information in the 10-field form. Of course we found a hack to do that as Siri APIs are not available yet (beside few exceptions), but hopefully soon they will be. And if not, there are already viable alternatives to make your app voice enabled or at least you can simply exploit voice dictation to input your data from the Watch.

The second fundamental element for Watch app design is actionable notifications. Introduced only recently in iOS 8, this new kind of notifications allows for advanced user interactions which are as simple as a tap, directly from the lock screen. The same two concepts reappear here: no real UI as the app is not even opened and extreme simplicity with one tap actions. Apple is now pushing this interaction as the main one for Watch, along with Glances and actual WatchKit apps.

It’s important to understand that actionable notifications are your product on the Watch and as such they need to be designed with the greatest attention as part of your parent iPhone offering as well. In Kyber, the entire app is already designed around notifications you can act upon. It can be an alert asking you to mark a task as done or to remind you again in 15 minutes; it can be the request to go to a dinner party that you can accept or modify, proposing new time or location, with just a slide and a tap; and so on. It took me a lot of time to design and to my team to execute these flows, but we were able to make the UI disappear and, a result, the technology more empowering. Now we are ready for Apple Watch without having to do almost anything: our users can already complete various flows simply using Siri and actionable notifications without even opening the app – like it will happen with the Watch.

What about Glances and WatchKit apps? I think Glances could be useful, especially for apps like Kyber, for example to timely show the next task to do during the day. At the same time, I’m not sure developers should invest, in terms of priorities, so much on this component. First, like Today widgets, Glances have to be manually added by users: it might not happen even if they already have your iPhone app installed; second, users will add anyway a limited number of Glances and will scan through a subset of those: gaining a spot in this short list is going to be very very hard, even harder than on the iPhone home screen; gaining then the user attention for your Glance is going to be even more challenging.

WatchKit apps in my opinion should be developed only if they can bring something uniquely tailored for a Watch experience; I doubt “ported” apps, like many I’ve seen up to now, make much sense: what’s the point of making the user navigate through 2-3 level of screens on such a tiny device, just to replicate the same experience and functionalities we have on the phone? At that point is much easier just to pull the phone out.
Therefore, unless you can find a very minimal subset of interactions you can present to the user, I wouldn’t bother now with building WatchKit apps – beside of course building the necessary communication channels between notifications and iPhone app – and just wait for native, standalone, Watch apps.

The last but most important design element to consider for the Watch is context. The fact that notifications are so important doesn’t mean you can send them randomly just to be noticed: your app will be noticed for sure, and deleted right after. Context is fundamental to deliver the right experience to users when your product is mainly notifications. Annoying the user with untimely and useless notifications will keep you away from her wrist. As Apple said, the Watch is the most personal device ever created and as such needs to be protected. If your app sends tens of notifications to my phone sitting in my pocket, that might still be ok, I’ll look at it later and won’t be bothered too much; but if my wrist keeps flashing and beeping for no valid reason, I’ll be annoyed as well as the people around me.

Apple seems to confirm the importance of the second and third point of mine as it started offering exclusively for the Watch – not even for the iPhone – a new type of actionable notification, called “Dynamic Notification”. This option allows developers to customize a common notification with specific content, dynamically generated each time: what better than user context can dynamically determine the custom information to be added?

Therefore, a new approach to product design will be needed: not pixels anymore, but experiences. It won’t be enough to design for specific personas, but we will have to take that to the next level: understanding what that persona is doing in a specific context and how we can anticipate her need and serve it with an unsolicited, actionable and contextual notification. The problem is now multidimensional (persona, context) and as such it will exponentially increase the complexity of the design and its challenges. But if you think that now we could maybe even guess the mood of the user based on the heart rate, the results will be unprecedented, and they will feel magic.

It will be the moment when technology will just disappear to create the ultimate symbiosis with humans, enhancing and empowering them.